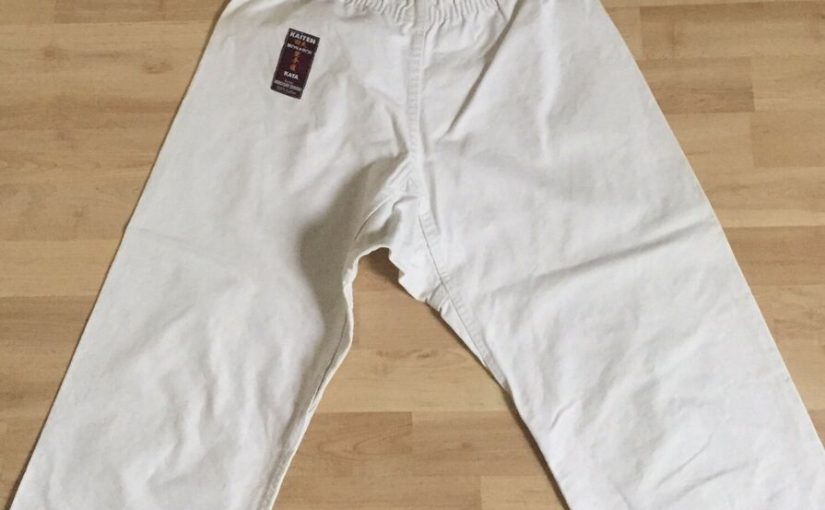 Yesterday i watched a short News Story about some budo training in the parks in germany. There was a teacher i respect quite much telling the reporter about his art and the equipment. And he made the statement that the Keikogi they were wearing was basicly an undergarment. Which isn’t exactly wrong. But could lead to wrong associations.

I talked since then with said teacher and he already was “corrected” by somebody else in his circle about it. But as this is a notion one can quite often find on the internet i thougt: well let’s write a post about it.

The Keikogi, meaning clothes for Budo Training, were developed by Jigoro Kano the founder of Judo.

The Training trousers called zubon were derived from western pants intentionally to give Kano’s Judo a modern international feel to it. As the traditional martial Arts were generally seen as to archaic and inferior to western culture and weaponry. So Judo was marketed as all the good things of the japanese samurai spirit, improved through western teaching methods and Science. The missunderstanding that training pants come from undergarments then comes from the origin of the word zubon itself. It stems from the french jupon which literally means underskirt. This comes from the fact that clothes similar to western trousers were originally worn under the Hakama. But because this word got used for western trousers/pants in general the meaning of it broaded alot. So yeah, training zubon kinda are similar to classical Hakama undergarments but they are not undies! Samurai wore fundoshi for that.

Also it is theorized that the Uwagi or Training Jacket, be it from Kendo or Judo or other gendai budo was derived from the Jackets of japanese Fire Fighters. This jackets were designed to absorb as much moisture as possible, so the firefighters got soaked in water before running into action. This quality then was also wanted for the training jacket to absorb as much sweat as possible.

One thought on “Your pants don’t come from undies”