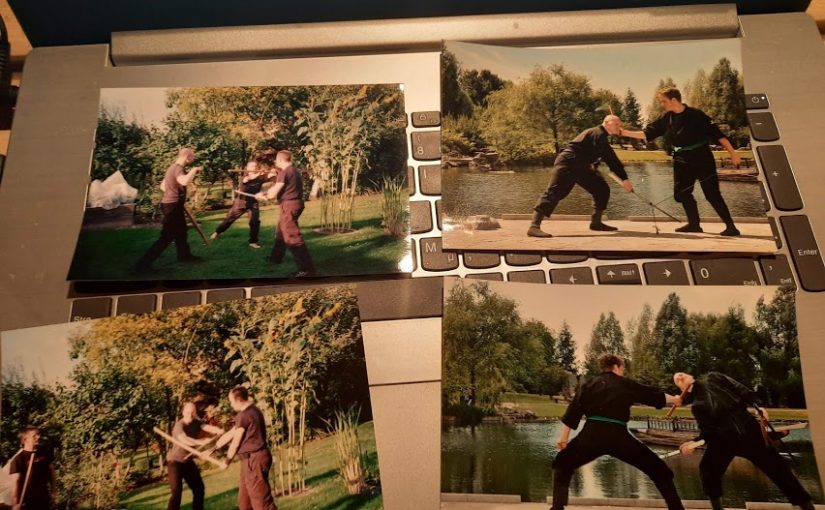 I was 10 years old when i got my first Personal Computer. With twelve i had an internet connection. And soon i discovered chat-rooms and forums about a bunch of different Topics.

At the same time around i started to train in martial arts. And soon i would seek out forums exactly about this topic. Where i would go head to head with a lot of people who trained far longer than i was alive at that time. But if you are young and been hit by puberty, of course you know more than some smuck old dude. And so i went there to write down all of my huge knowledge and theories about martial arts, self defence and how stuff should work for the whole world to see. (on another note: yeah not much has changed today xD )

My head was regulary washed left and right in rigorous online Discussions there. You practically could say i grew up fighting with strangers on the internet! And there was only one aim. DESTROY YOUR OPPONENT IN AN ULTIMATE PWNAGE MOVE FATALITY!!!!

I learned a lot through online discussions. They helped me discover great sources in form of literature and or second hand anecdotes of far more expierenced people. And soon i would become one of the old dogs of the german internet Budo Community. A proper Internet Weekend Warrior and expert. Or how one of my Senpai told my: a fucking huge budo nerd.

There in these kind of Internet Communitys i would also get to know people who didn’t took the truth all to serious. People who claimed to be the last Grandmasters of ancient Martial Arts they had secretly learned from their japanese Teacher. The teachers name and his in most cases family art were huge secrets in the past, thats why nobody heard of them until the western Master decided to open up his school for the public. But when these kind of people where asked for sources and explanation they started to get annoyed and offended. They started to ramble and told new stories with so much details that soon would be proven to be nonsense.

I talk of course of Gaijin Ryu. Gaijin is the japanese Word for Westerner/Barbarian/Alien. Or in essence non-japanese. And a Gaijin Ryu is a term used for schools that try to emulate japanese Martial arts without any proper expierence by the “Master” of such Art. Most of the time these Masters are mentally ill and have just a basic training in some form of Karate or other Gendai Budo. But what they share is that they have a Story they tell themselves and their poor and ignorant students.

I was disgusted by them. And i wanted to destroy them, forcing them to their knees apologizing in the dirt before me! I would spend hours with doing research. Analysing their different Statements. Stalking their trail on Social Networks and other creepy shit.

Until i noticed that these kinds of activities made myself vile and disgusting. How could i develope so much hate for a fellow human being? Well i have to confess: I was not satified with myself. I would leash out against them ( and as old habits die hard sometimes i still do today) and let out all my frustrations against them. It feeled so good to be on the “right” side of the argument.

And then i noticed sometimes i hurt people. Not everybody deserved all the dirt i would throw at them. And i burned bridges with other people because of my behaviour that could have been a fruitfull exchange somtime in the future. Just because i had to satisfy my own ego.

Today this behaviour Trait that sometimes still shows it’s ugly head is something i am quite ashamed of. That doesn’t mean that Scammers, Liers and other kind of Fakes shouldn’t be critized, they should! But … don’t use it as excuse to let out your own negative urges.