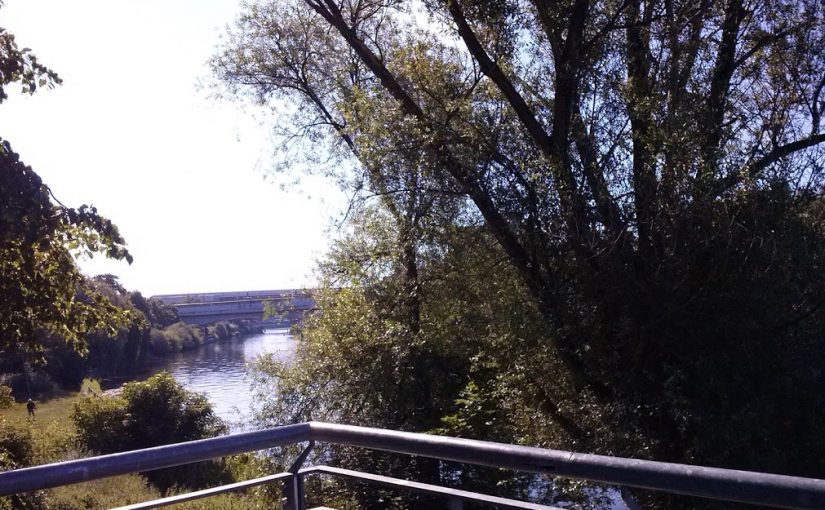 Every year the seminar with Yukihiro Sugino Sensei takes place in Leer, Germany. This means 6 days of training in Katori Shinto Ryu, while you have the opportunity to sleep and eat under one roof with Sensei and other members of the Ryuha. For me this is always the highlight of the year.

Last year Sugino Sensei gave a speech, an important one for me. All people at the seminar tried to train slowly and cleanly in order not to make any mistakes under Sensei’s watchful eyes. Too slow and silent like we should find out soon, when he asked us to gather. And he told us all how important it is to train “seriously”. After all, it’s not dancing that we train but a budo! Therefore one should train with the correct attitude of mind, so that we transmit our intention to hit to our partner. Not just going through the moves mindlessly. That is at least what I think I have understood.

What Sensei criticized here was the missing of Ki Ken Tai Ichi. A fundamental principle in Budo. Ichi stands for “as one” or “together”. Tai for body and Ken for sword. Ki, how many surely know is mostly translated as “energy”. And it stands for the power of life and breath that is available to every human being. In movies and comics this is often used described as a “mystical” energy. It helps the martial artist to accomplish superhuman things. Apart from such exaggerated portrayals, there is another translation of Ki that needs to be addressed. Namely those of “spirit”, “heart”, or “attitude of mind”.

Ki[気] is very often used in the Japanese language. Mood is in Japanese Kibun[気分], emotions, feelings and sensations are Kimochi[気持ち] and Sakki[殺気] is blood thirst and/or killing intention and there are still innumerable more such examples.

In this sense Kikentai-ichi[気剣体一] is to be understood as: “Sword, body and mind as one”. But what is the right spirit now? Now in my opinion it is to want to hit the partner. But even that is easier said than done. If we talk about training “seriously”, it doesn’t mean that you should suddenly flex your muscles and hit with the sword violently while screaming your lungs out of your throat (of which I all too often plead guilty to myself). But that you aim where you want to hit and “fire” your technique at this point. The intention must not only be to make “the technique”. But one must want to hit. Which in turn means the partner has to evade for real and there is and should be a controlled element of danger.

This kind of training, underlined by a powerful scream, is good Kiai in my opinion. To avoid misunderstandings: Nowadays Kiai is often synonymous with the word battle cry. But the scream itself is Kakegoe and only a symptom of Kiai. Kiai IS the right mental attitude. Well, of course not only, but that’s another topic.

One last point I would like to add: My own observation is that when I train with Kiai without concentrating on the mistakes of my partner (something I do all too often) and my partner also does his best, the training doesn’t exhaust me too much. It’s more like I’m getting energy back from training. And I think this is quite an interesting thing. Especially when you consider that Ki is energy as well as spirit.