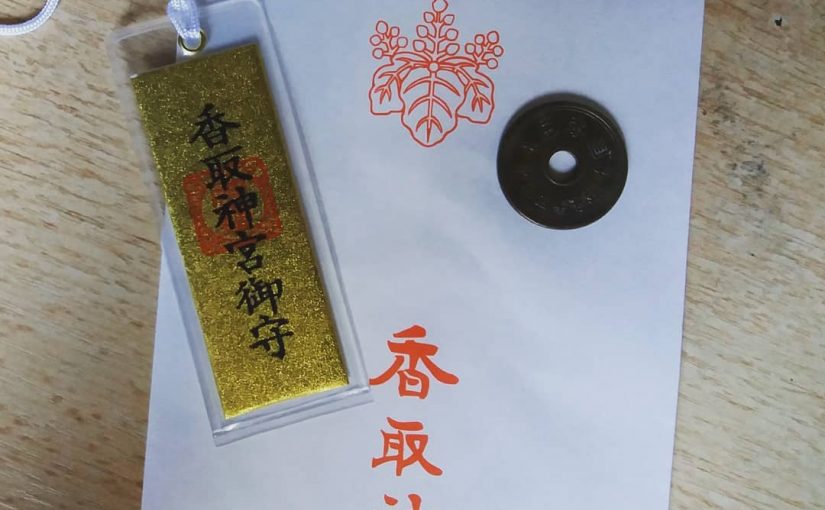 The seminar was very interesting and we did some exercises, which I recognized by the techniques, but which I had never seen before in this form. Also the Kumi-Iai forms of the Yoseikan Shinto Ryu created by Minoru Mochizuki, his synthesis of Kendo, Iaido and Katori Shinto Ryu, which are still practiced in the French Federation, I found impressive.

But something I noticed was that the etiquette at the beginning of the training was completely different. As I know it from Sugino Sensei and my teachers, they bow to the Kamidana twice, then they clap twice and finally they bow one last time. But in Prague this part was left out. Also the position of the sword was different. While I know it in such a way that one puts down the sword normally on the left ready for use, the sword was put down in Prague in a peaceful spirit on the right.

Unfortunately I had not asked the reason for this. But I thought that this had to do with the religious connotations of the ritual. But when I discussed this difference with someone I realized that many people are not aware of what the ritual we normally do actually means.

Here is a video of a normal Shinto prayer:

Does anyone recognize that?

Our etiquette at the beginning and end of training is a Shinto ritual. The small talisman at the Kamidana or often the calligraphy of Katori Shrine serves as a spiritual connection to Katori and the Kami Futsunushi no Mikoto, who according to legend introduced the founder, Iizasa Choizai, to the deepest secrets of the art of war.

The ritual, as far as I have understood it, has the following meaning: The first bow serves to announce yourself to the Kami. The second bow is a way of paying respect to the kami. The clapping serves to awaken the kami and to gain his attention. Then one pauses briefly to ask/pray for something. Like for example a safe training. And the last bow to it is to politely underline this request.

Does that mean that you have to believe in Futsunushi no Mikoto in our martial art? No, Shintoism is a form of faith without dogma. Especially since “believe” has to be defined more precisely.

Each person has to decide for himself whether he can connect/accept this ritual with his own religious views or not. But of course one would first have to know what this ritual means to make a informed decision.